A Naked Frenchman in L.A. 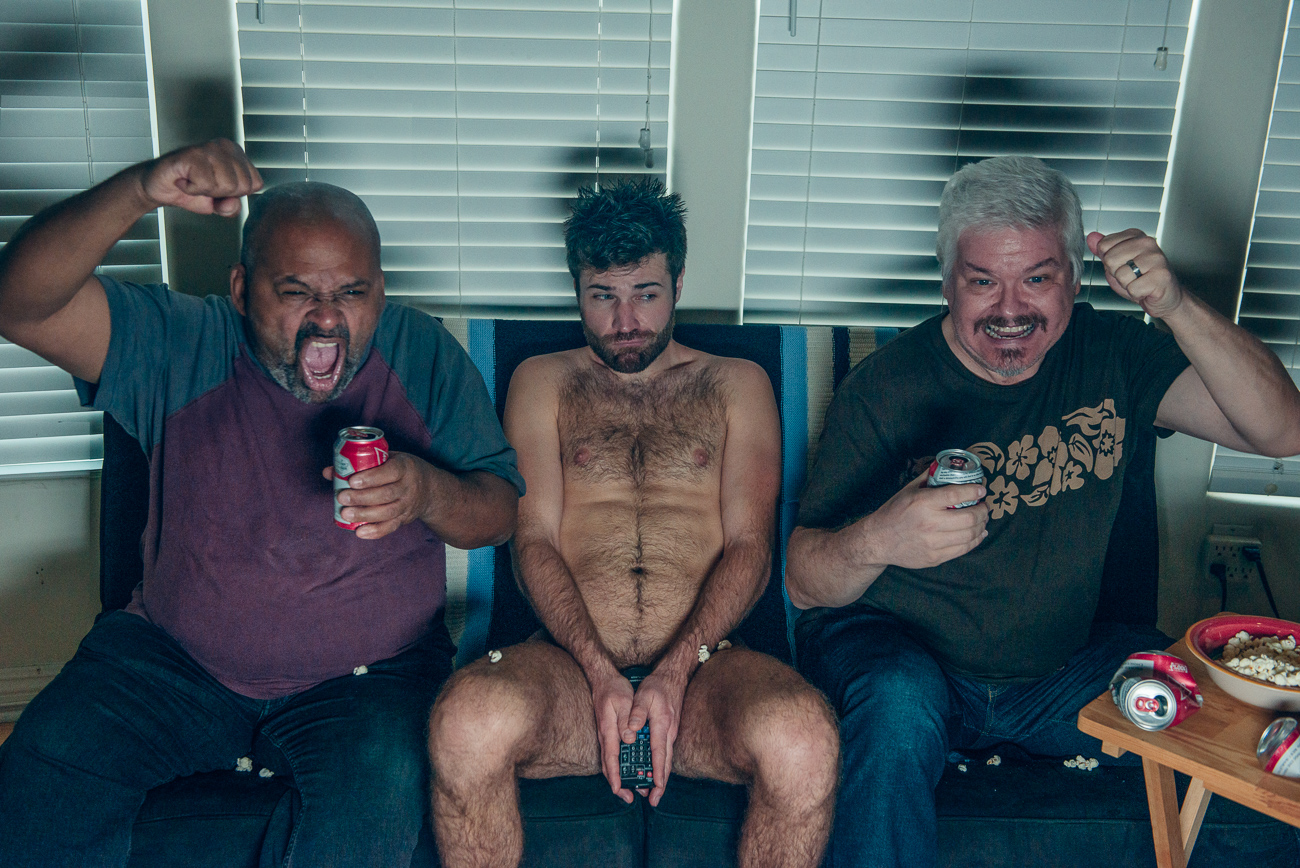 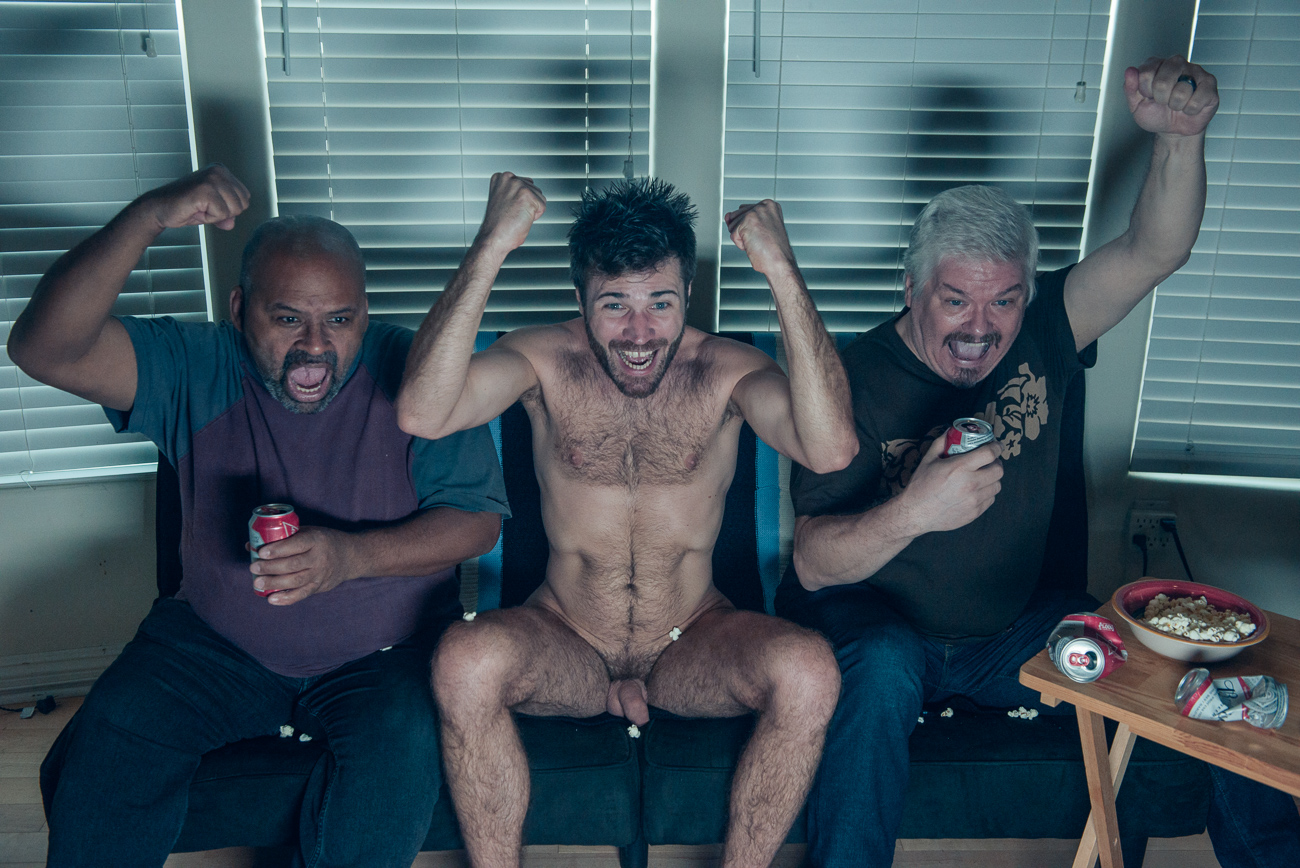 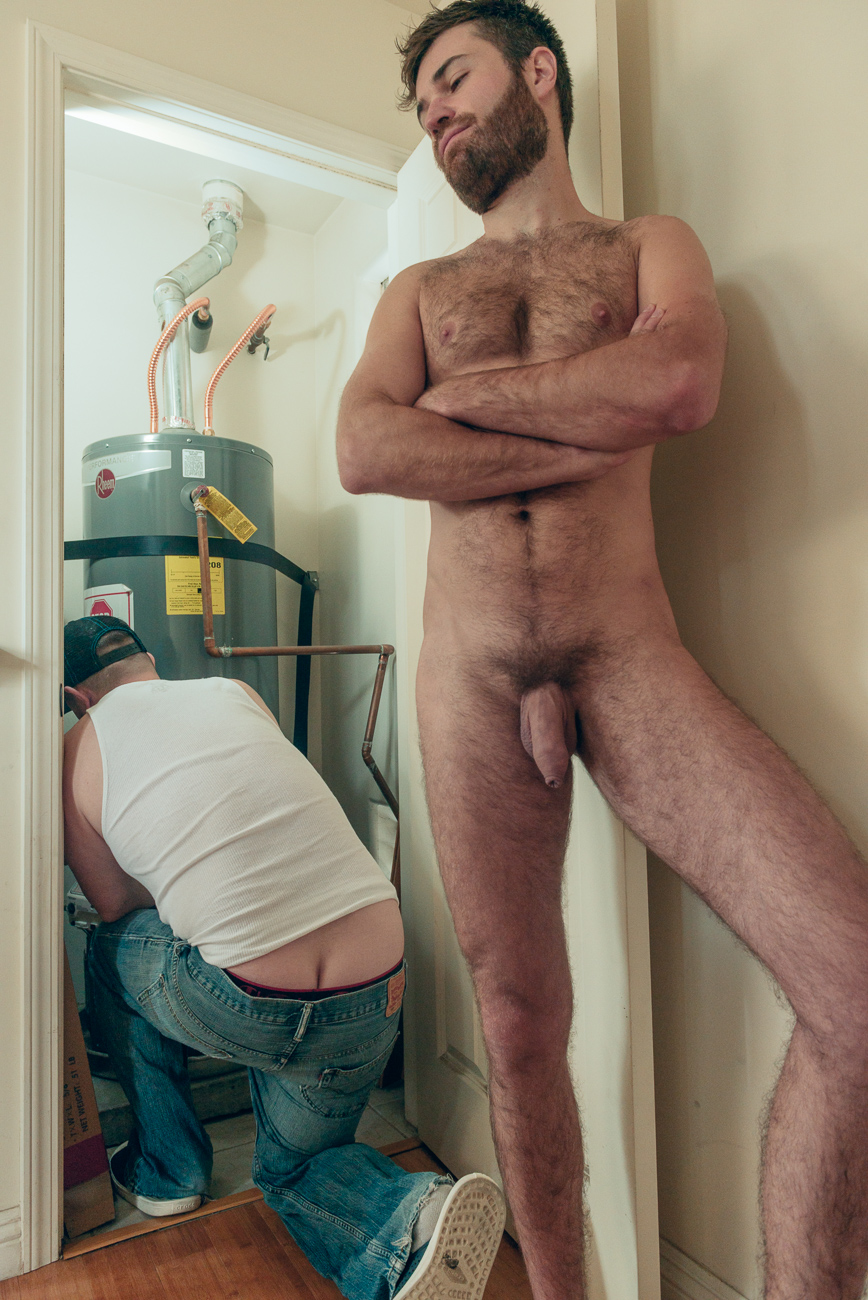 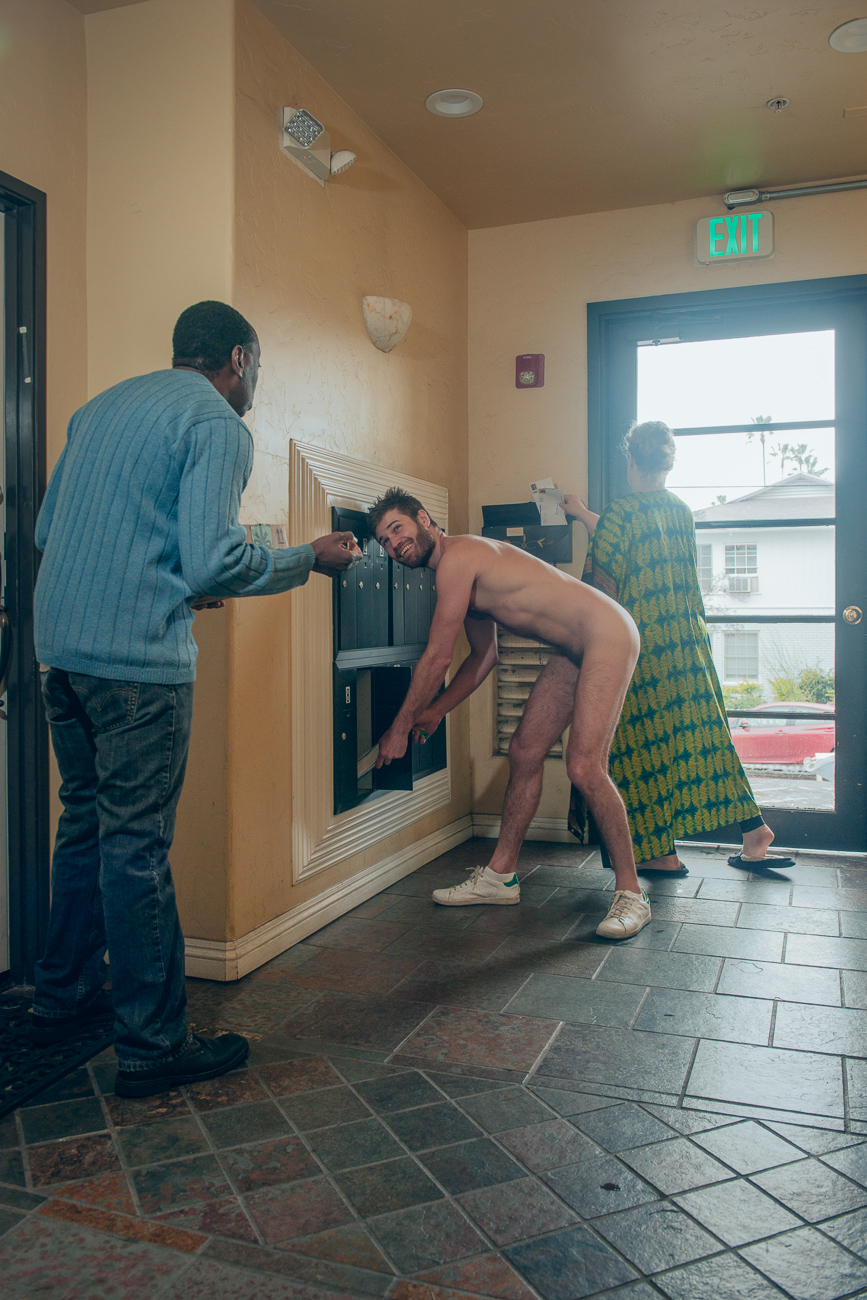 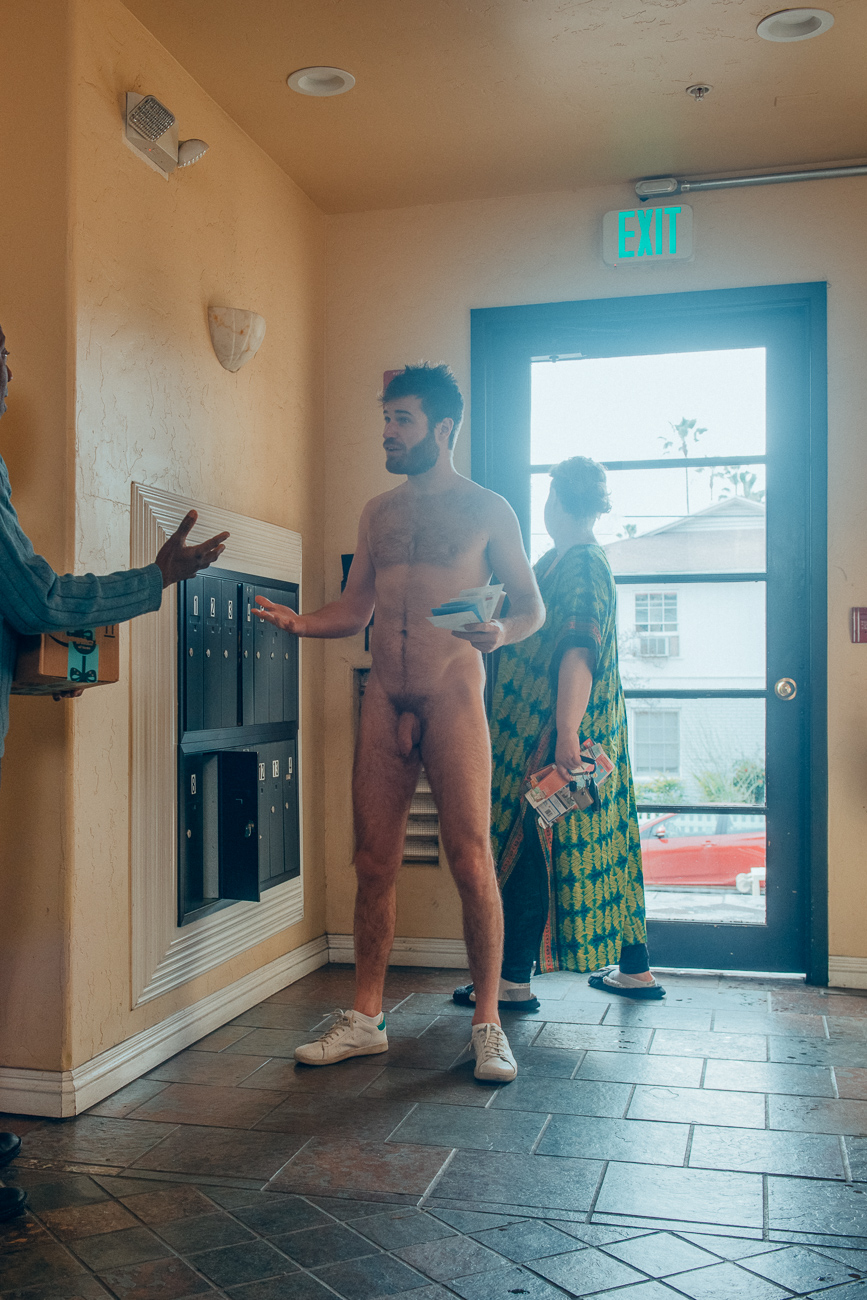 The shoot with Doryann took place in Los Angeles over two uncharacteristically rainy days in February 2019. Doryann was game to try a number of poses and quickly-set-up situations to get the shots we needed. 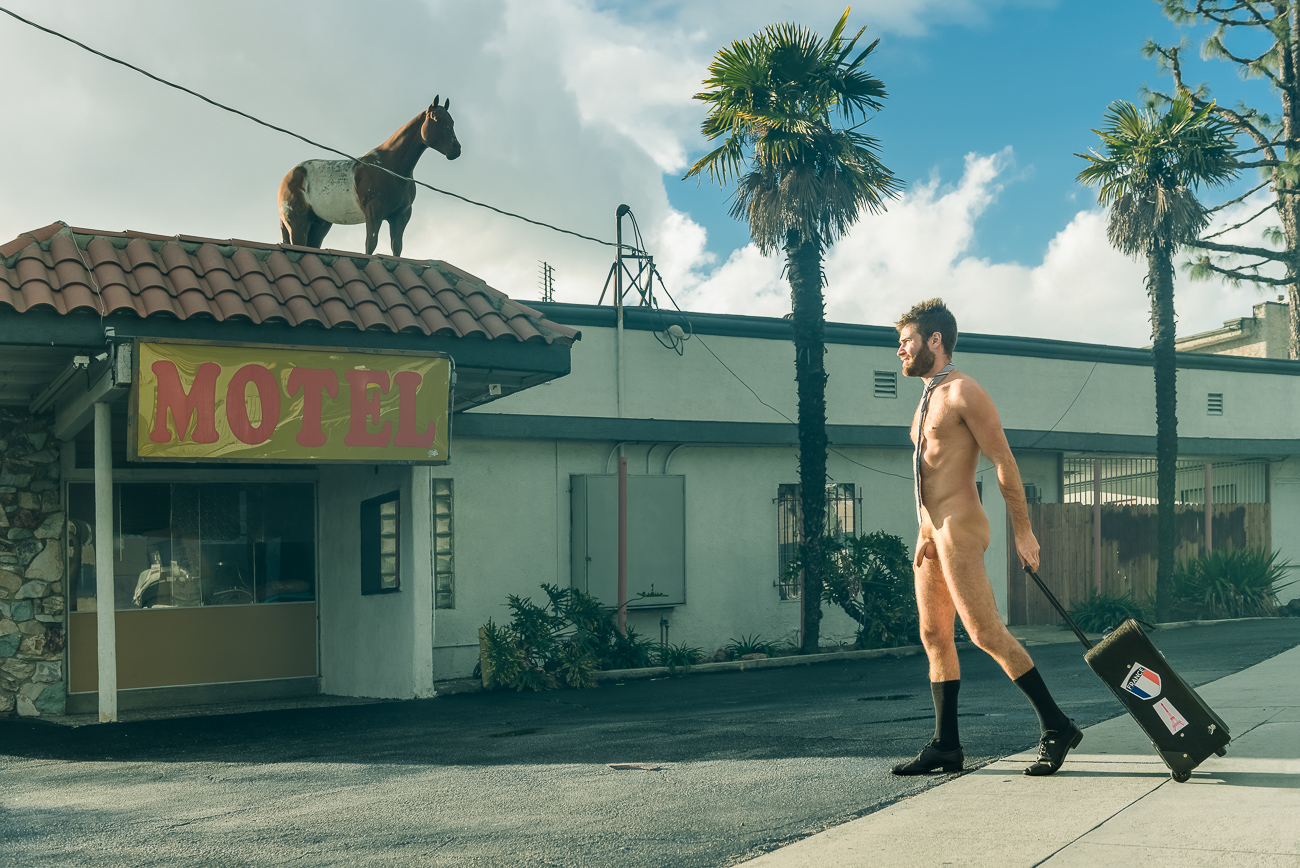 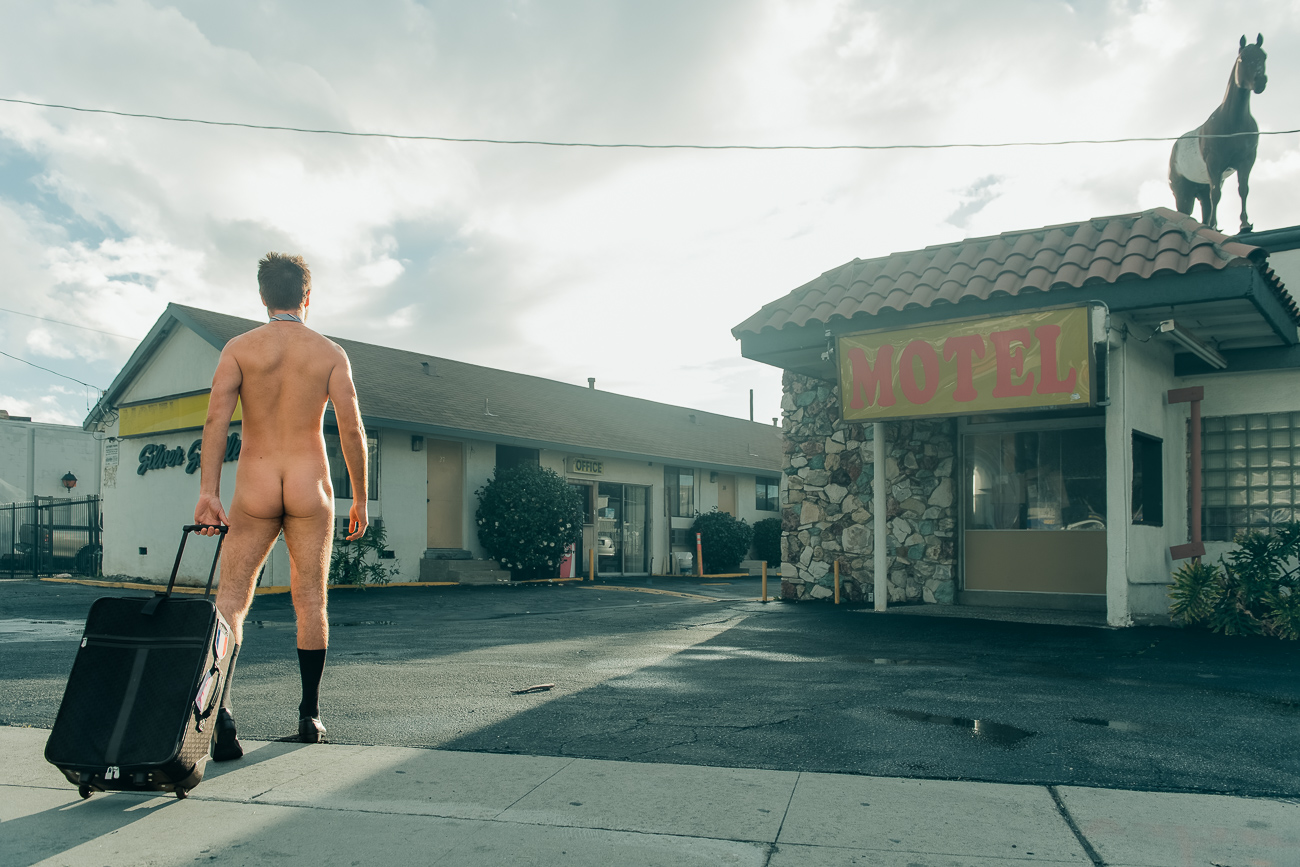 By co-creating this photo project with tommy+alan photography, Doryann says, “I was trying to show to the American people that nudity is not something rude.” As he describes it, “These photos aim to show moments in day-to-day life where one of the subjects is nude. But the other subjects don’t pay attention to that nudity. They interact with me as usual.” Further, he says, “It’s a utopian vision because people are taught to react against nudity. But why would it not be possible in real life after all?” 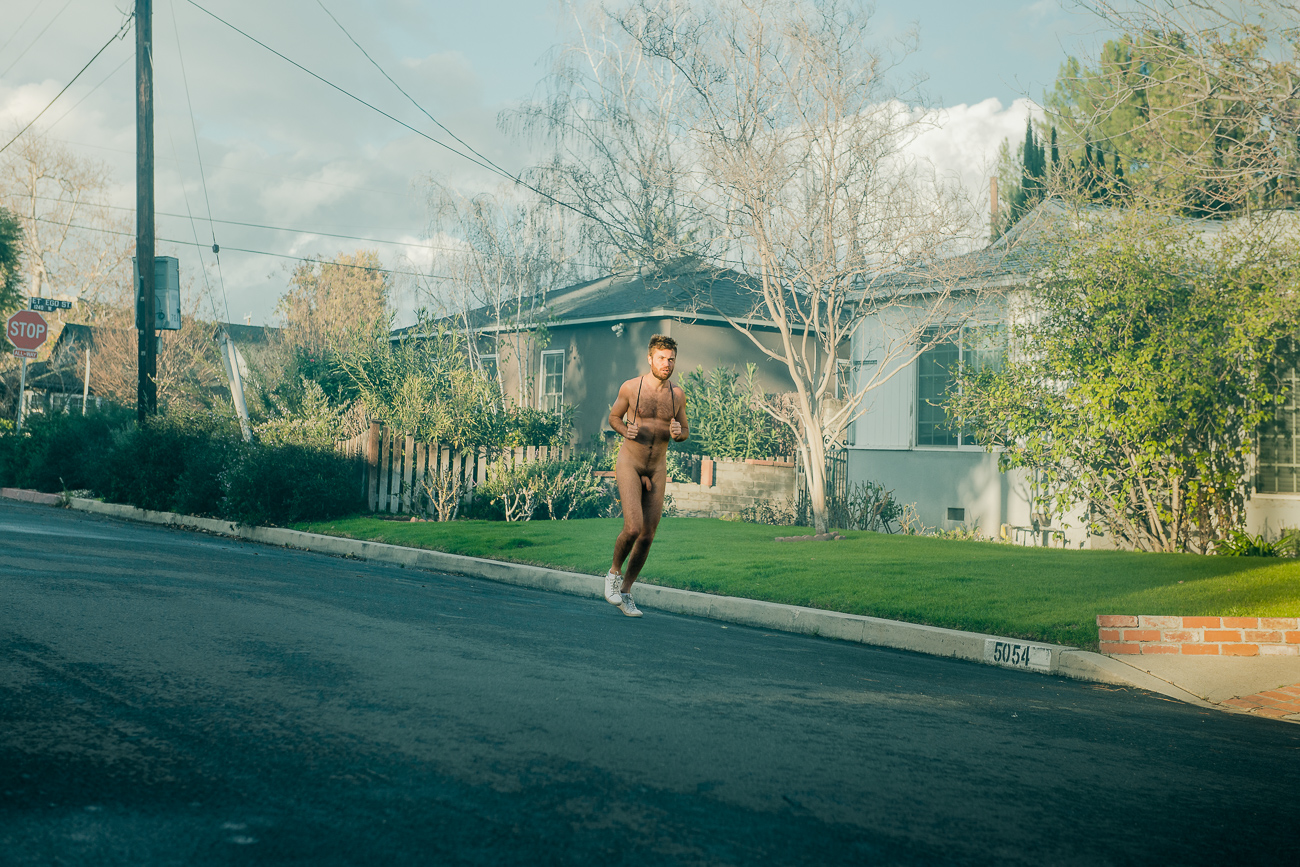 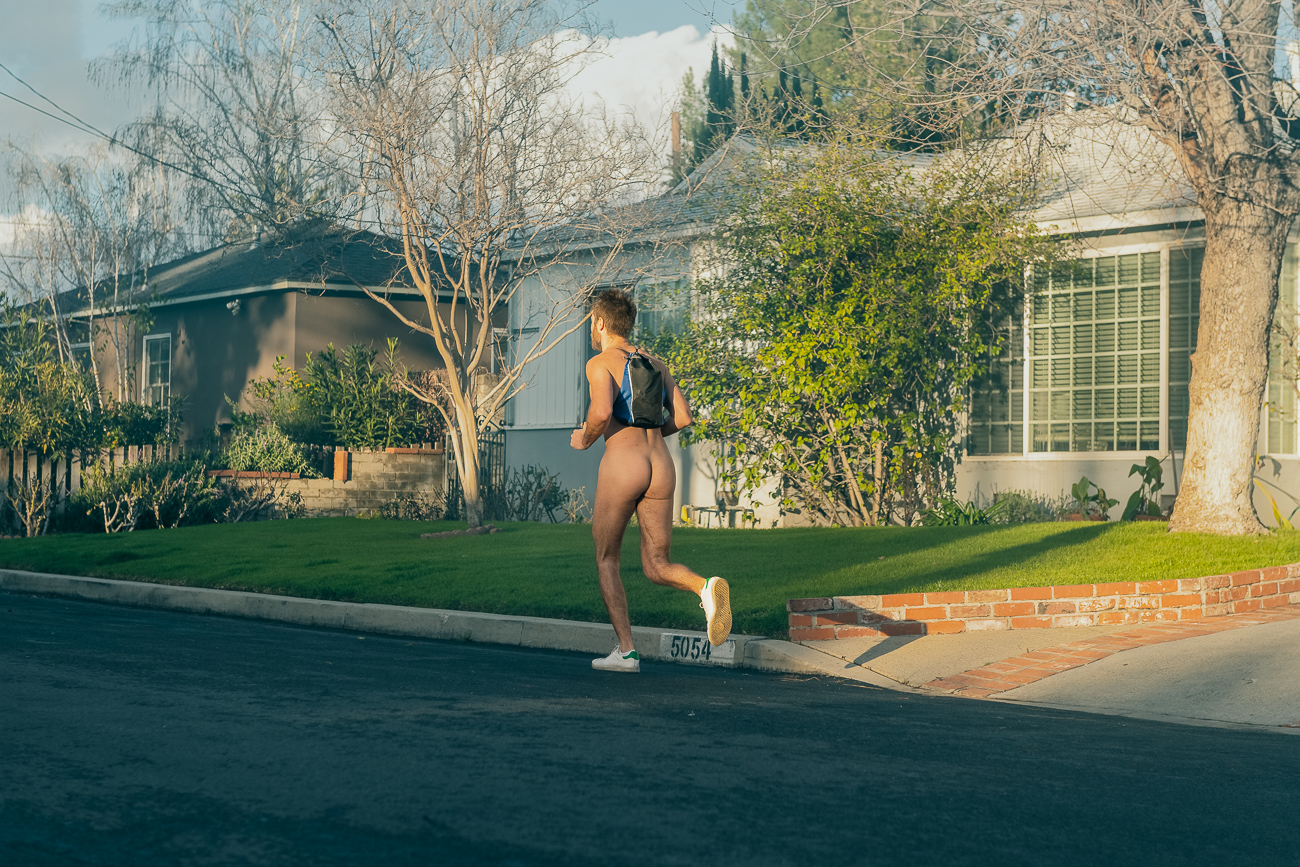 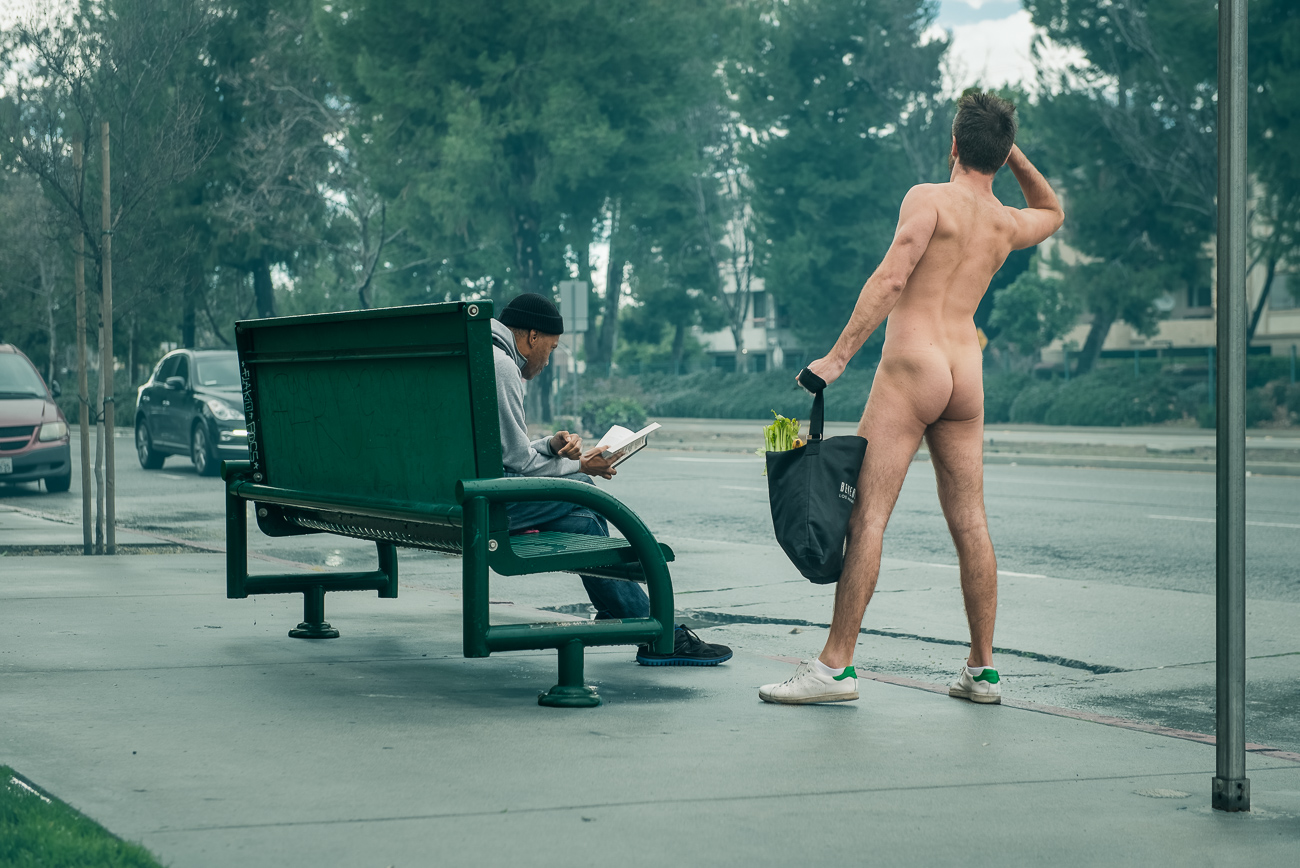 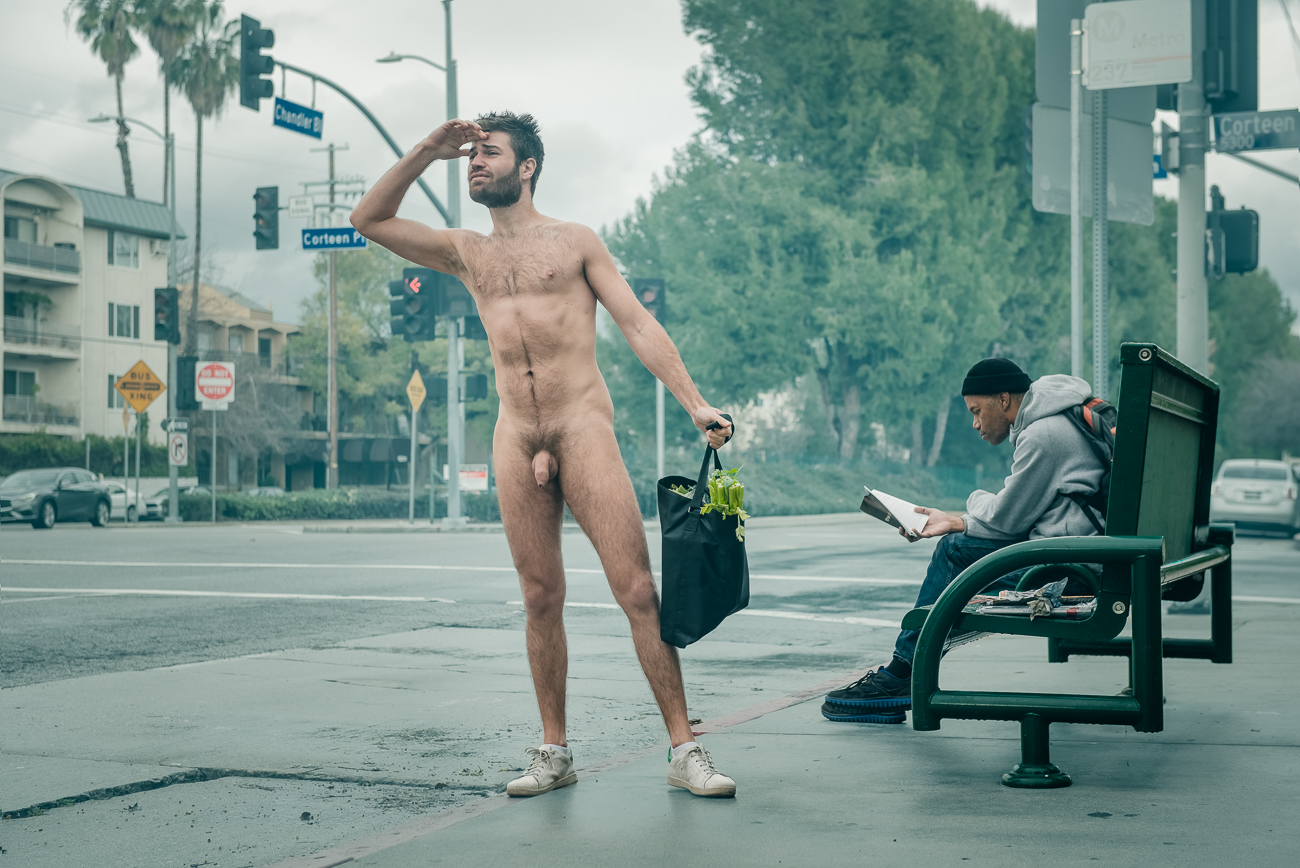 During the shoot in L.A., we had helpers, with a robe on hand, watching out for cars and for pedestrians, and we shot only in places where others were not nearby. That is, except for one location near a bus stop where, as Alan says, “One driver was so dumbfounded at seeing Doryann naked on the street on a cloudy day that he stopped at a green light and other drivers started to honk!” 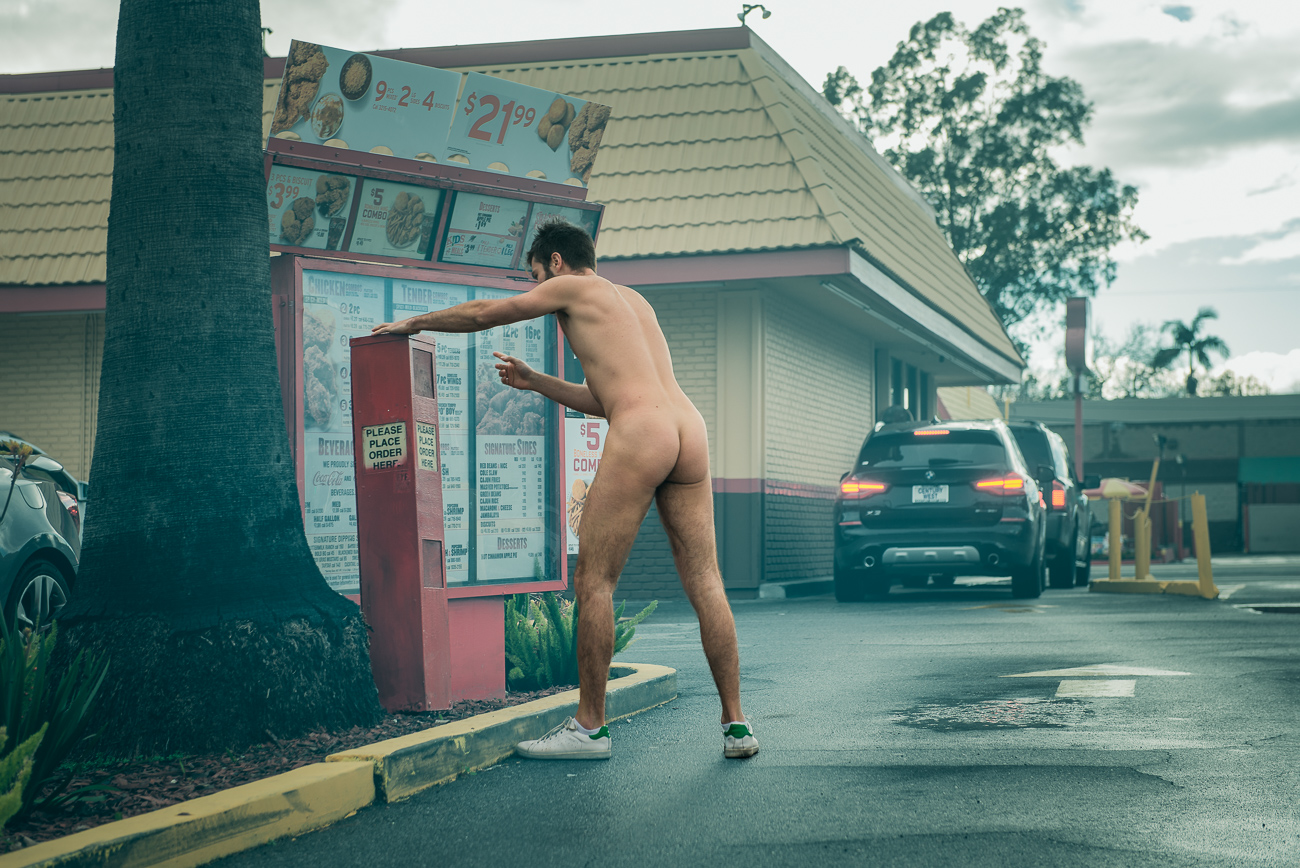 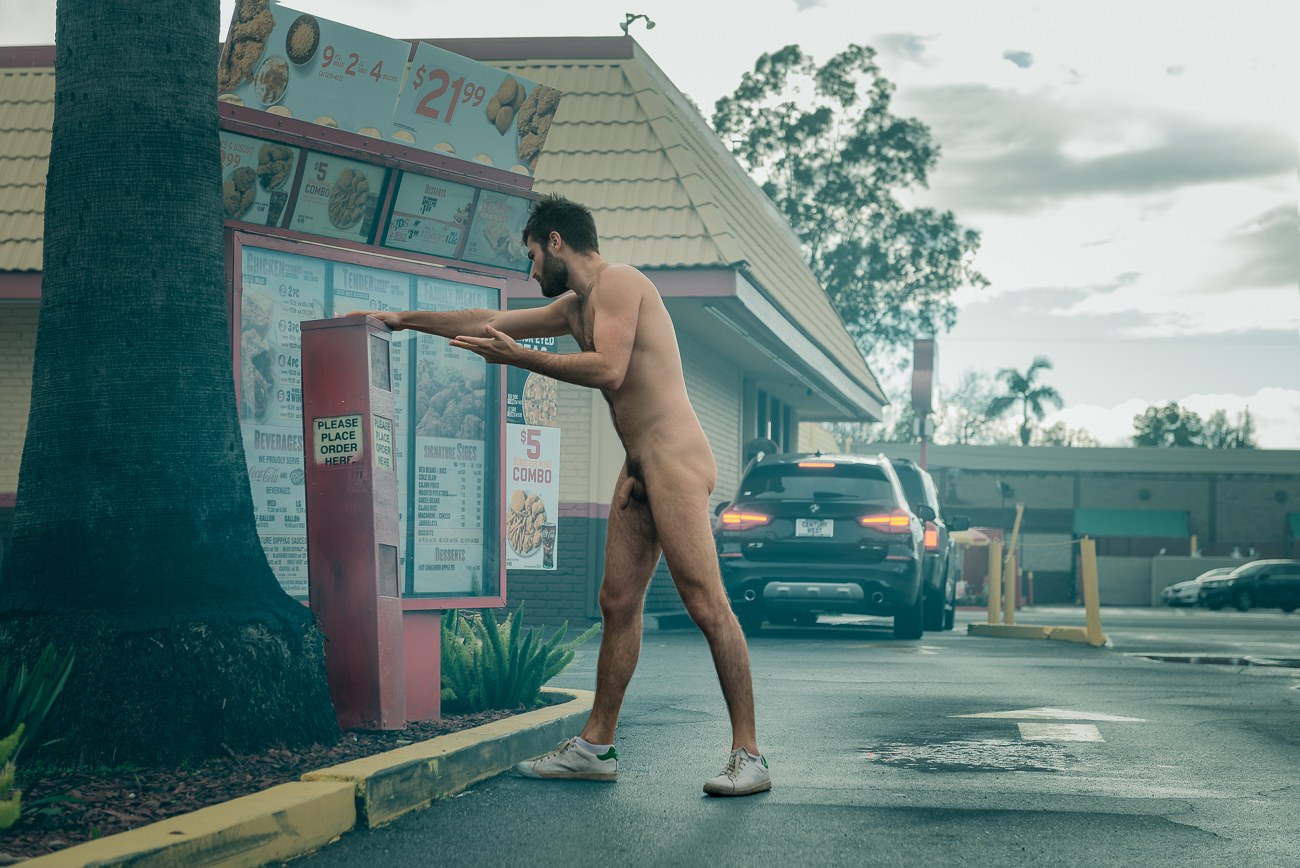 About the differences Doryann has noticed in attitudes toward nudity in the U.S. and France, Doryann says, “I have not visited the whole United States so I can only tell what I felt in Southern California. People there seemed more prudish than French people. Laws are more tolerant in France regarding nudity.” He explains, “In the USA, I feel there is no distinction legally between nudity and sexual intent. For example, if a person doing housework briefly appears naked behind their window and someone watches them from the street, that person risks to be sued in the USA. Not so in France.” 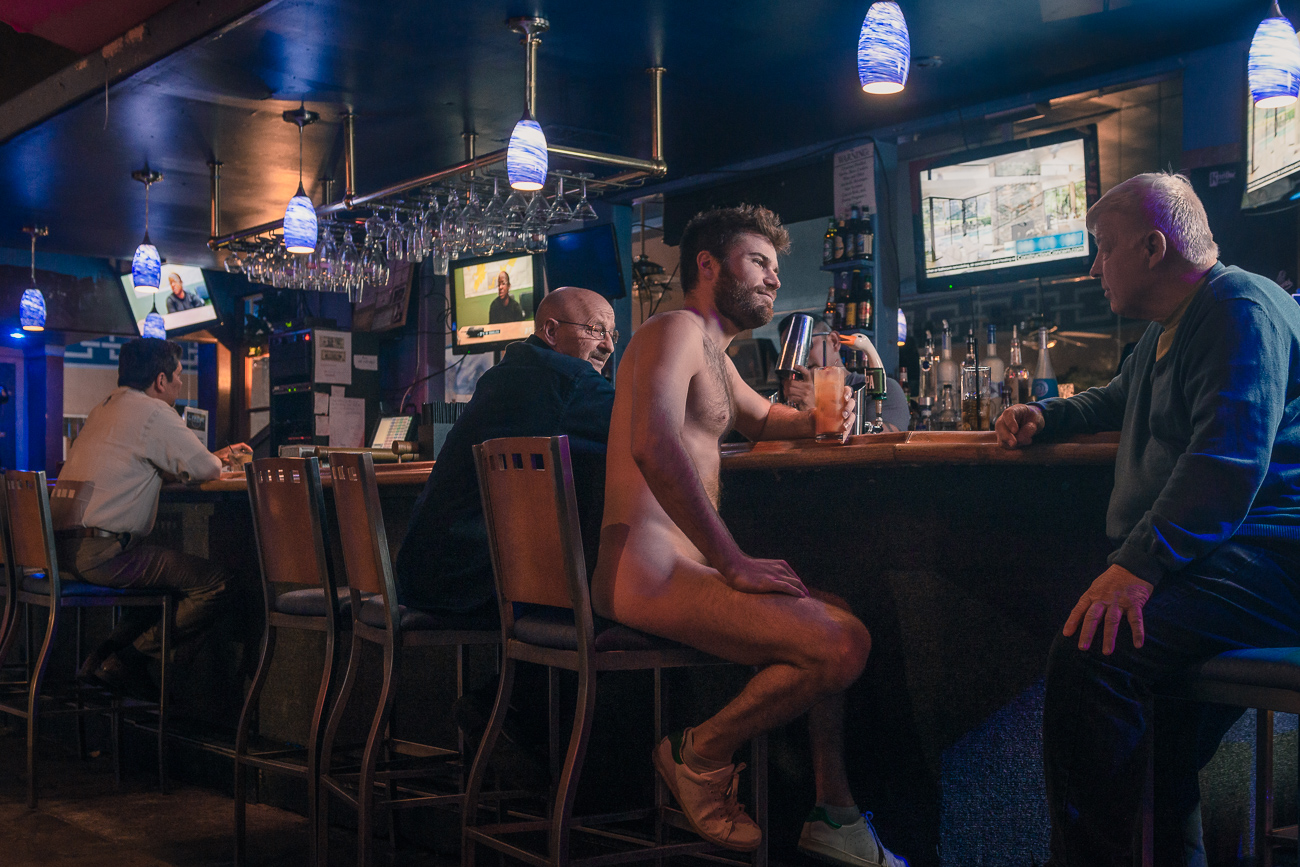 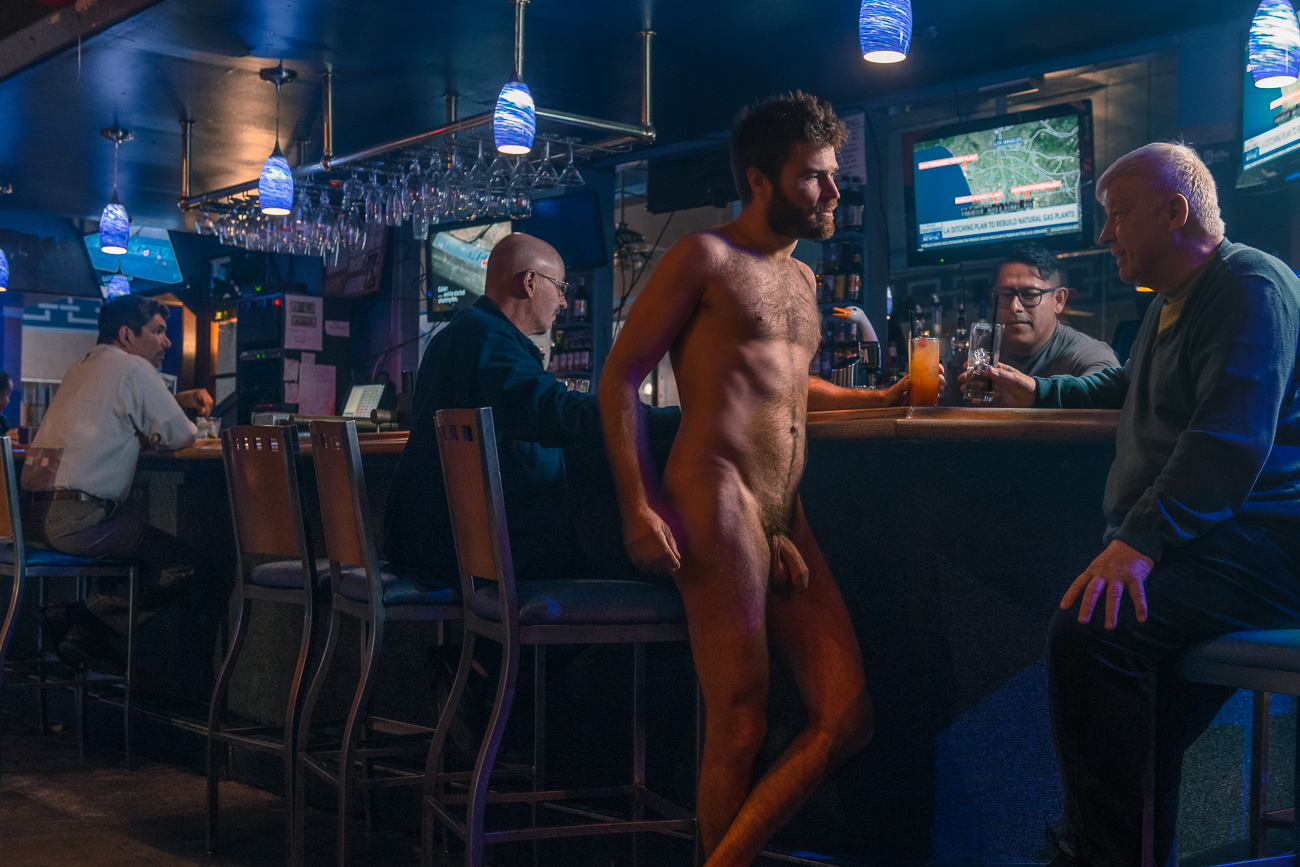 As Doryann points out, naturist communities exist all over the world, with many families going sans clothes and without any hint of sexual connotation. As he says, despite many religions vilifying both nudity and sexual activity, these days “humans are better educated and have a better knowledge about how their bodies work.” And he turns thoughtful about the social good nudity can do. “If everybody were naturist,” Doryann says, “people would appreciate that perfection does not exist and everyone has defects. Media showing perfect bodies would be considered liars.” And in real life, away from Instagram and other social media? “In the swimming pool or on the beach, people are almost naked. And they can bear each other! One of the rules of naturist places is to be tolerant with each other and not to judge other people’s bodies.” On the other hand, we do judge Doryann as being one of a kind, body and mind.